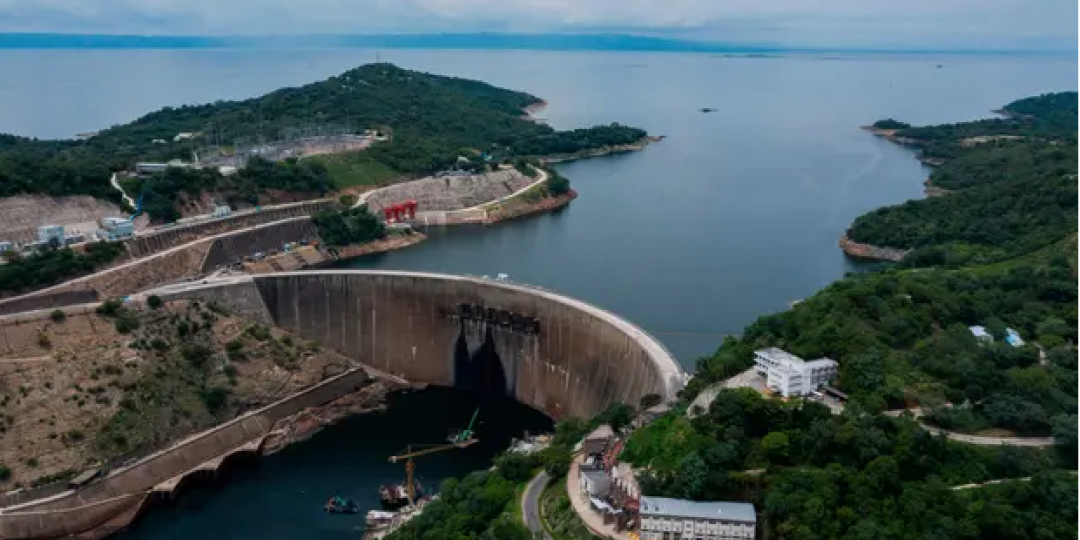 10/01/2023 - The water level of the Kariba Dam – which generates hydroelectric power for millions of people in Zambia and Zimbabwe – is steadily improving this month, after it had dropped to under 1% of usable storage at the end of last year.

The Zambezi River Authority (ZRA) said since January 1, inflows into Lake Kariba and other upstream gauging stations had been encouraging, raising the hope of increased power generation from the dam’s turbines.

ZRA is responsible for the allocation of water used by Zimbabwe’s Kariba South and Zambia’s Kariba North power stations.

The Kariba Dam regulates the flow of water into the Zambezi River from Lake Kariba, which is formed by the dam. But because of a lack of rainfall and low inflow from the upstream portion of the river and its tributaries, water level fell below 1% of usable capacity on December 28.

But the dam level has now started to rise due to increase in local rainfall activity on and around the lake, the ZRA said in a statement.

The low water levels of the dam – and the subsequent power outages resulting that there was insufficient water in the Kariba Dam to drive the nation’s main hydropower plant – have created concerns for the tourism industry in the area.

But, according to Shelley Cox, Coordinator for independent, public-private partnership initiative representing the tourism community of Victoria Falls, We Are Victoria Falls, tourism stakeholders in the region are fully equipped to manage the impact.

“Some operators have already started investing in green solutions, shifting to renewable energy sources by implementing solar systems to run part of their power requirements. These are just part of ongoing efforts by tourism stakeholders to move toward more sustainable operating methods,” Cox told Tourism Update.

African Bush Camps (ABC), operating exclusively in Zambia, Zimbabwe, and Botswana, moves its water-based activities to deeper water channels if the water levels at the dam affect the levels of the Zambezi River.

That is according to ABC Partnerships Manager, Karl Parkinson, who also revealed that the receding water levels could actually lead to improved game viewing as larger herds move to the water’s edge.

“Wildlife adapts to change quickly and congregates on the river's edge, where the lower water levels expose nutrient-rich grass. For our Bumi Hills Safari Lodge, set on Kariba's shoreline, that means even larger herds of buffaloes, whose diet is plant-based,” he explained.

“This pool was drilled down to this level by water pressure during spilling when flood gates are opened. Simply put, the plunge pool is NOT Lake Kariba.”